Effect versus Affect – A Guide to these Commonly Confused Words

In writing, it is quite easy for many people to confuse the words affect and effect with one another. These are considered to be among the most “commonly confused words.” 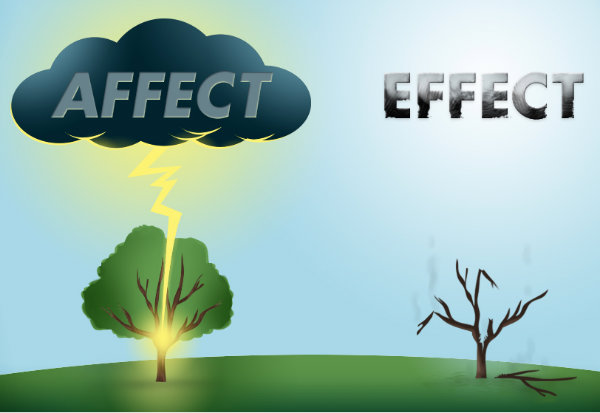 Here are some great tips to help you learn the difference between these words:

The term affect is considered to be an active word, one that has a direct impact on something else. It is generally used as a verb, so this may help you better identify when and where to use it.

The term effect is considered to be a passive word, one that has been impacted by something else. It is generally used as a noun, but may sometimes be a passive verb.

Now you practice! Should this be effect or affect? (May need to conjugate the verb with a -ed or -ing)