One of the most common errors that writers make comes from using the wrong punctuation. Commas and semi-colons are often misused, where you might accidentally use a comma instead of a semi-colon, or visa versa. Overcoming this issue will make for stronger writing and greater clarity for your reader. 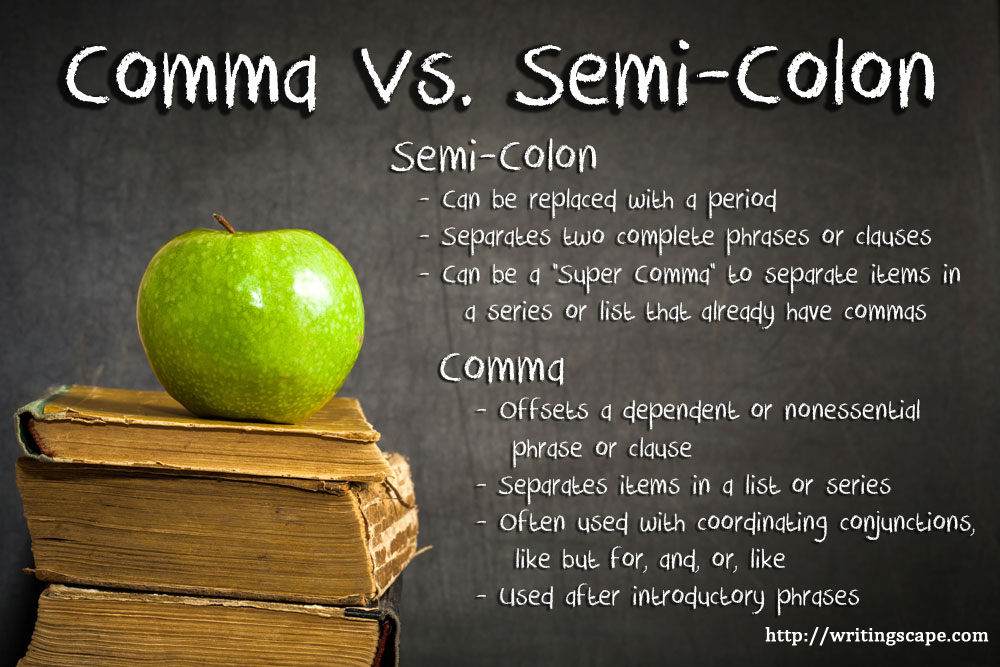 Commas can be considered a “soft pause” in writing. When you read your writing out loud, you may be able to predict when a comma is needed based on the overall flow of the sentence. Here are a list of instances when you would use a comma:

Semi-colons are often used in place of a period, but they are also used as “summer commas” when needed. People often overuse semi-colons as a replacement for a comma. However, semi-colons are only used in a few scenarios: